To have the optimal experience while using this site, you will need to update your browser. You may want to try one of the following alternatives:

What's In Your Walls 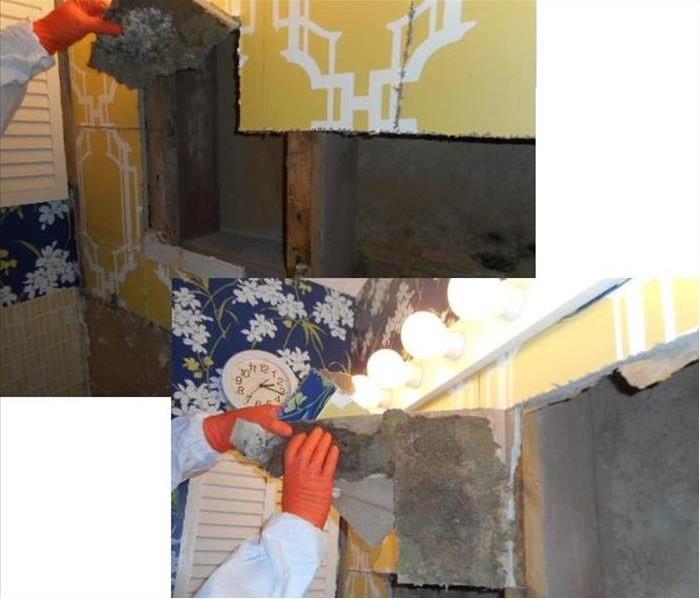 Mold found within the wall joints, behind the wall paper that the condo unit has had on the wall for years.

SERVPRO of North Sarasota was conducting a mold inspection and found out that many of the mold issues were coming from within the walls of this condo unit. There had been a past water issue with a cracked pipe and the water was never taken care of properly which resulted in mold growth. The condo unit had years worth of wall paper which resulted in a double layer of protection to make it easier for the mold to grow.

Now, with SERVPRO of North Sarasota conducting the work. We found the issue and were able to remove the drywall and attack the mold right where it was growing.  The customer could not believe her eyes when we showed her just how bad mold can get.

The unit owner was surprised, but happy that we were able to take care of this before it got any worse.